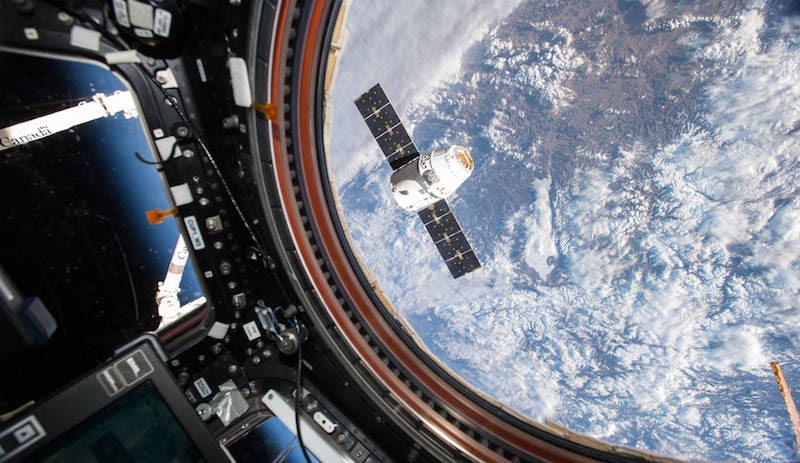 US aerospace major SpaceX has targeted February 18 for the launch of its 10th cargo resupply mission to the International Space Station for NASA.

The SpaceX Dragon resupply ship is targeted to lift off atop a Falcon 9 rocket from Launch Pad 39A at Kennedy Space Center.

“Targeting February 18 for Dragon’s next resupply mission to the @Space_Station ? our 1st launch from LC-39A at @NASA’s Kennedy Space Center,” the Hawthorne-headquartered company tweeted on Wednesday.

“The Expedition 50 crew trained today for the robotic capture of the SpaceX Dragon and studied how the brain adapts to living in space. Three crew members also conducted an emergency drill aboard the International Space Station,” NASA researchers wrote in a blog post on the same day.