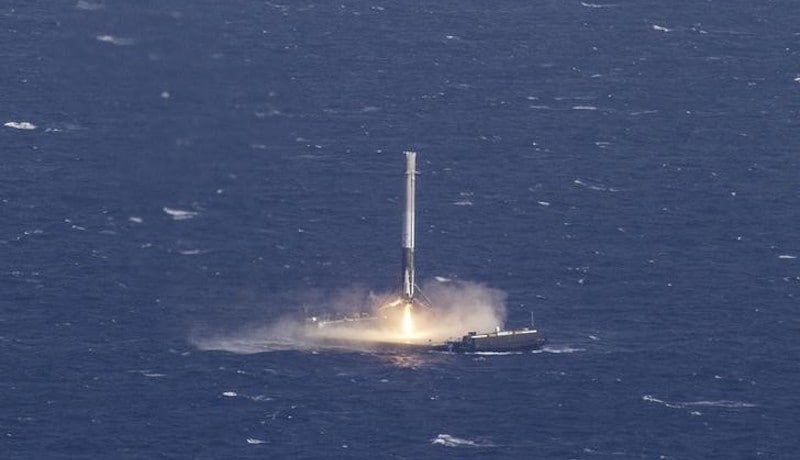 SpaceX CEO and founder Elon Musk said he wants to go further in the reuse of his rockets after successfully launching the first stage of a Falcon 9 rocket that was reused from a previous flight.

Musk tweeted on Friday that he is looking into a test to bring home the second stage of the company’s new Falcon 9 Heavy rocket for reuse when the rocket debuts late in the summer.

SpaceX blasted off the reused first stage, or booster, of a Falcon 9 rocket for the first time on Thursday, a feat that could dramatically lower the cost of space travel.

The Falcon 9 Heavy has a first stage composed of three Falcon 9 engine cores and “will be the most powerful operational rocket in the world by a factor of two,” according to the company website.

“Odds of success low,” he said, “but maybe worth a shot.”

SpaceX has for 15 years been honing the technology of powering its boosters back to careful Earth landings on solid ground and in the water.

The goal is to make rocket parts as reusable as cars, planes or bicycles, Musk has said.

Reusing a first-stage booster rocket as was done on Thursday results in an estimated 30 percent savings on the cost of more than $60 million.

If SpaceX also manages to reuse the second stage of the rocket, costs will drop even further.

A Twitter user asked if Musk could say what will be in the test payload.

“Silliest thing we can imagine! Secret payload of 1st Dragon flight was a giant wheel of cheese. Inspired by a friend & Monty Python,” Musk answered.

The Dragon is the company’s spacecraft that is launched on top of SpaceX rockets. Dragons have delivered cargo to the International Space Station and safely returned to earth.