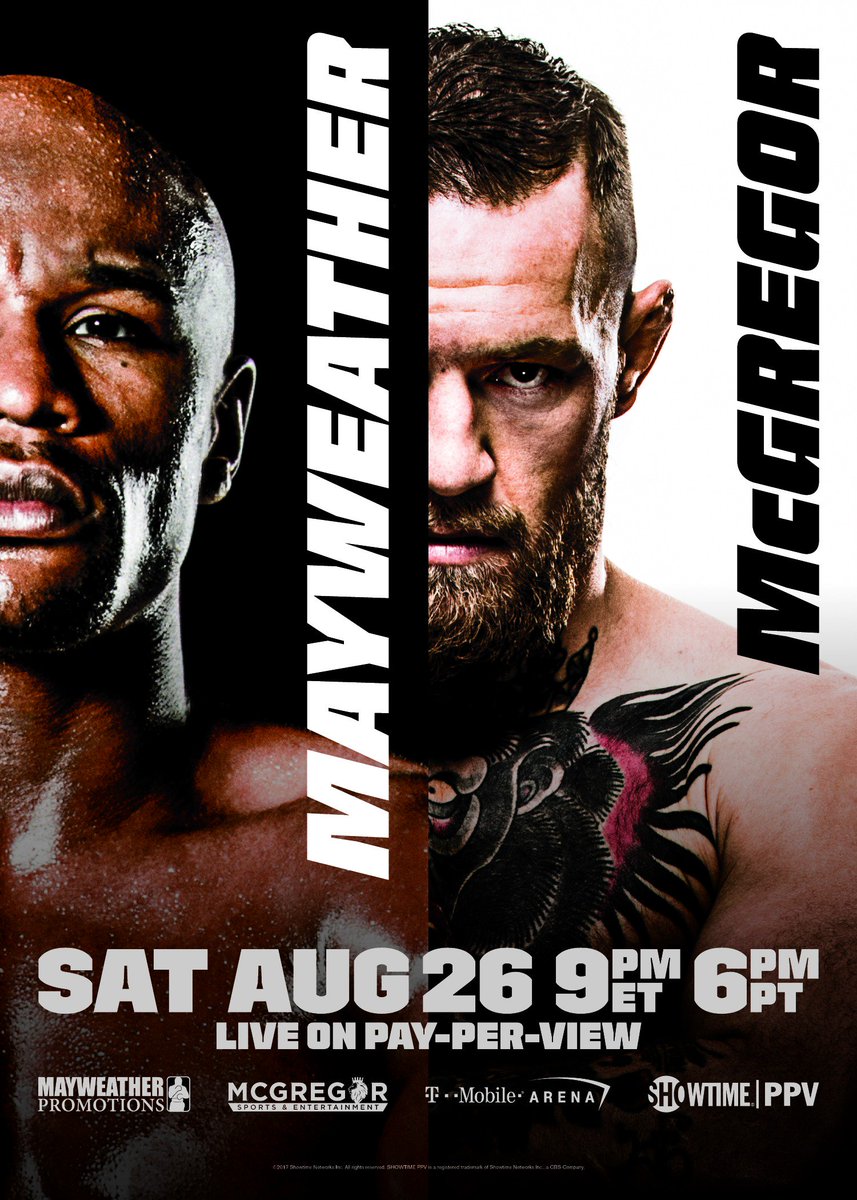 The official poster for Mayweather vs McGregor is finally out.

The Mayweather vs. McGregor boxing match is set to go down on Aug. 26 at the T-Mobile Arena in Las Vegas, Nev. The bout, which will be contested at 154 pounds, will air only on pay-per-view.