New Delhi: India’s top pistol shooter Heena Sidhu secured an Olympic quota for the country after she led from start to finish and claimed the gold medal in women’s 10-m air pistol on day one of competition at the Asia Olympic Qualifiers for Shooting.

The current world record holder and former world number one, Heena shot 199.4 in the eight-women finals to finish ahead of Chinese Taipei’s Tien Chia Chen (198.1) and Gim Yun Mi (177.9) of Korea at the Dr. Karni Singh Shooting Range.

Heena shot an impressive 10.3 in the second last shot of the finals to extend her lead to 1.5 points over her rival from Chinese Taipei. The Indian shot exactly 10 in her final attempt and it was enough to get her the top prize, despite a 10.2 from Tien Chia Chen. 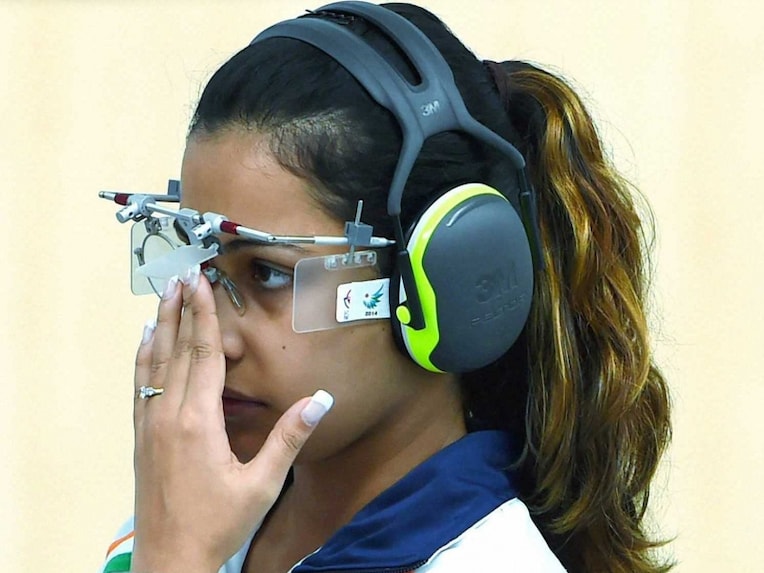 This was India’s ninth quota from shooting for the upcoming Olympic Games.

However, it was a bad day at the office for the host country in men’s 50-m rifle prone and women’s trap as none of the Indian participants could clear the qualification hurdle.

In men’s rifle prone event, young Swapnil Kusale finished 14th after aggregating 617.2 over a series of six shots. Sushil Ghale was 17th, while Surendra Singh Rathod was 24th in the pecking order.

In women’s trap, where only one quota for Rio Games was on offer, Shreyashi Singh lost out in the shoot-off.

stage 1 of men’s 25-m rapid fire pistol, London Olympics silver medallist Vijay Kumar was placed seventh with a score of 285 including seven Xs. The other two Indian participants in the event, Neeraj Kumar and Harpreet Singh, were placed 13th and 16th, respectively.

From India’s point of view, the day easily belonged to Heena, whose long wait to earn a quota for the quadrennial extravaganza ended finally in front of her home crowd.

Prior to this tournament, the 26-year-old Patiala-born girl clinched a gold medal each in the Asian Air Gun Championships and Asian Shooting Championships in Kuwait last September and November, respectively.

Heena’s confidence was high as she entered the final as leader of the pack with a score of 387 in the qualification.

“I was just concentrating on the process. I knew that I was doing well. I was confident that I would win a quota today,” Heena told reporters after the event.

Heena’s husband Ronak Pandit, who is also her coach, was as relieved as the shooter herself.

Three ISSF World Cups will be held before the Rio Games get going in August, and Heena’s preparation is going on the right track.

“There are three World Cups lined up but Heena will skip the first one. She is not a kid anymore who needs international exposure all the time,” said Ronak, who chalks out her schedule.

“After SAG (South Asian Games), she will compete in Rio World Cup which is very important,” he said.

Ronak said they will now focus on Heena’s “technical exercise” to fine tune her game.